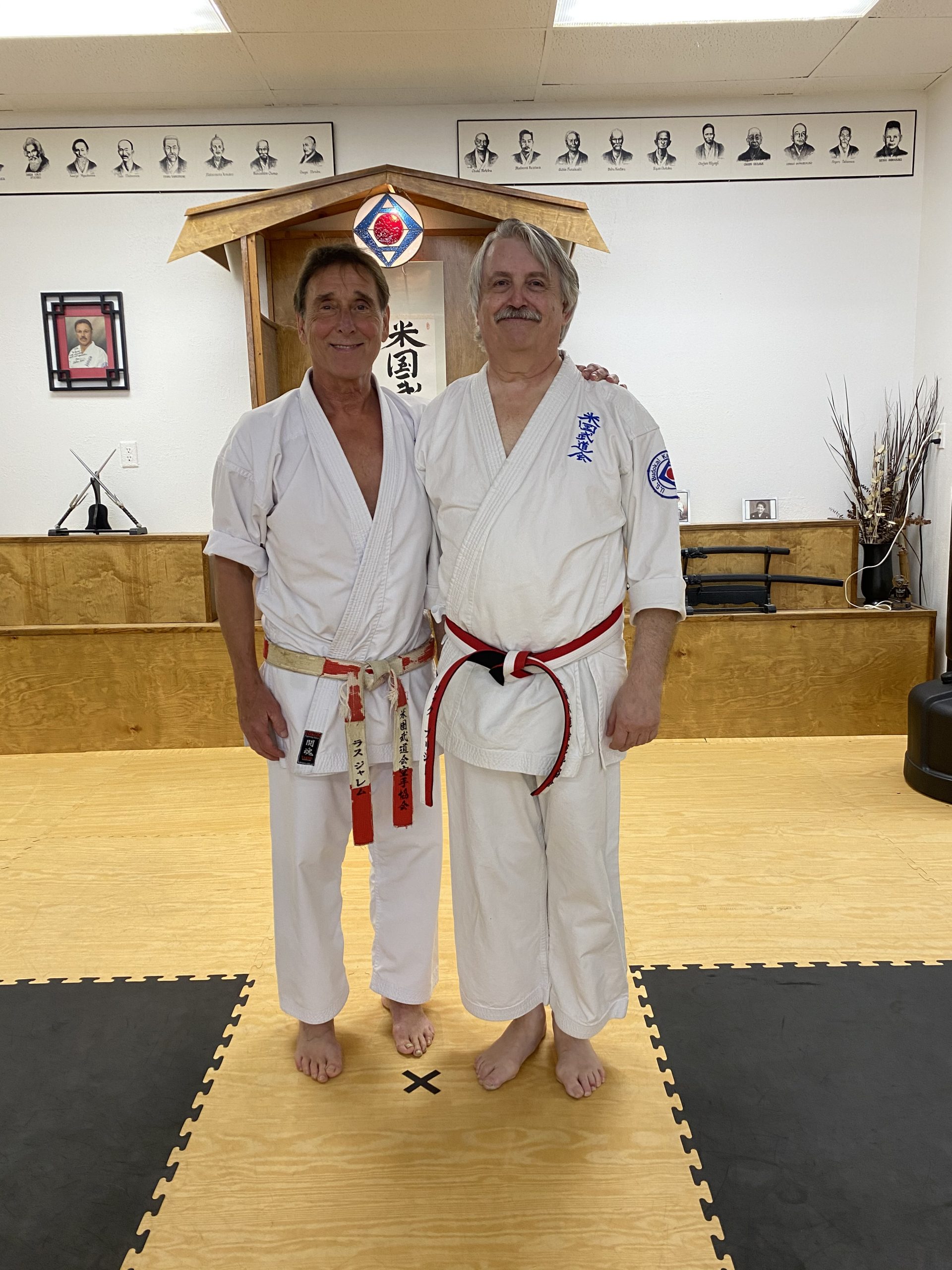 Renshi Rick Brisee’s martial arts journey began nearly four decades ago in a Kyokushin dojo back in 1982 but it was in 1986 that Renshi joined US Budokai and began to forge his own path to 7th degree black belt.  Renshi tested and was awarded sichidan (or sometimes referred to as nanadan) by Hanshi Russ Jarem on May 22, 2021.  US Budokai is honored to have Renshi Rick as a senior member of the dojo and head instructor in the kobudo (weapons) program.  His dedication and commitment to the arts is without question as is his “true student” mindset.  Oftentimes when students attain high rank their journey ends and they believe their “mastery” is enough.  Renshi is a perpetual student of the arts always seeking to grow his abilities, understanding and knowledge.

The higher in rank a student progresses the emphasis shifts from a mere physical toughness of being able to kick and punch well into a deeper knowledge of how to utilize ones skill; specifically, in the application (bunkai) of technique.  Renshi was tasked with not only demonstrating a deep understanding of the katas of our system but also a genealogy of those katas and US Budokai Karate, as we know it.

Some highlights of Renshi’s written assignment are below.

US Budokai can trace its lineage back as follows:

US Budokai Karate was founded in 1987 by Hanshi William Reid and Hanshi Russ Jarem.  Both Hanshi Reid and Jarem trained in the World Seido Organization, founded 1976 by Tadashi Nakamura.  Seido Karate

Gojo-Ryu is one of the four recognized “original” styles of karate although Renshi asserted there should be five.  The other styles are Wado-Ryu, Shito-Ryo and Shotokan.  Shorin-Ryu however could be argued to pre-date all of them.  Nevertheless, all of the founding fathers were contemporaries and either trained together under the same teacher or students of each other.

Interestingly, all styles of karate are less than 90 years old having been founded between 1933 and 1936 with the exception of Shorin-ryu which can trace its origins even further back to China.

We have a handful of masters to thank for the arts but we have senior students, like Renshi Rick whose passion and dedication will keep them alive for generations to come.

Thank you Renshi and Congratulations!

USBKA-CP.com & US BUDOKAI KARATE of Clifton Park have been repeatedly selected as the communities’ #1 Martial Arts School!

Established in 1980 by Master Instructor, Hanshi Russ Jarem an 8th degree Black Belt, US Budokai Karate and for pre-school children ages 4-6 and elementary age kids ages 7 and up are designed to develop the skills needed for a successful in school and later in life.

US Budokai Karate Adult Karate training is a complete adult fitness and conditioning program for adults who want to lose weight, get (and stay in shape) or learn self-defense in a supportive environment.  A place to develop mind, body and spirit.

Instructors can answer questions or be contacted 24 hours or the day, 7 days a week at RenshiSue@usbka-cp.com or call directly at 518-383-0484. You can also visit our website at USBKA-CP.com

The US Budokai Karate is centrally located in the Capital District Area in Saratoga County, New York at 215 Guideboard Road, Clifton Park, NY  12065.

Please leave us a Review and Testimonial and tell us how well you enjoy our programs. Our goal is to serve our students with the highest quality training and facilities in Clifton Park, NY. Thank you for giving us the opportunity to serve you and your family.

Thank you for visiting our student page and community resource area.

We have this Customer Service box here to help you and your family. Do you have a question, suggestion or concern we can address? Please click the link below to complete the form. Name, email, phone # and a note with regard to how we can help you is all we need. Our team will reach back out to you within 3 business days.

Do You HAVE A Friend, family member, neighbor or one of your children class mates that could benefit form our karate kids or martial arts programs for adults?

Please send them our information or talk with one of our Instructors today.

Please Leave Us A Review